Carrying high hopes as they headed to Minneapolis 14 ROX reached May 1 - knowing this day could be special...

it was the final day at Northern Lights National Qualifier and the last shot of the 2016 season for Highlands Performance 14 ROX to win their bid.

Coming into the Gold Bracket undefeated and still holding their #6 seed in the tournament Coaches Karl and Grace knew the team was peaking . . . and together they all believed it could happen.  Four matches later the two coaches and 8 tired players, plus cut out poster of injured teammate Meghan, were standing alone - the final undefeated team and Northern Lights 14 American champions!  Overwhelmed in knowledge they had punched their ticket to Nationals the girls emotions could release as they screamed, gave high fives, hugged and wept. These girls had worked so hard, believing in themselves, their coaches and the training.  They improved consistently all year and have proven they are highly deserving and a team that knows how to win.  CONGRATULATIONS!! 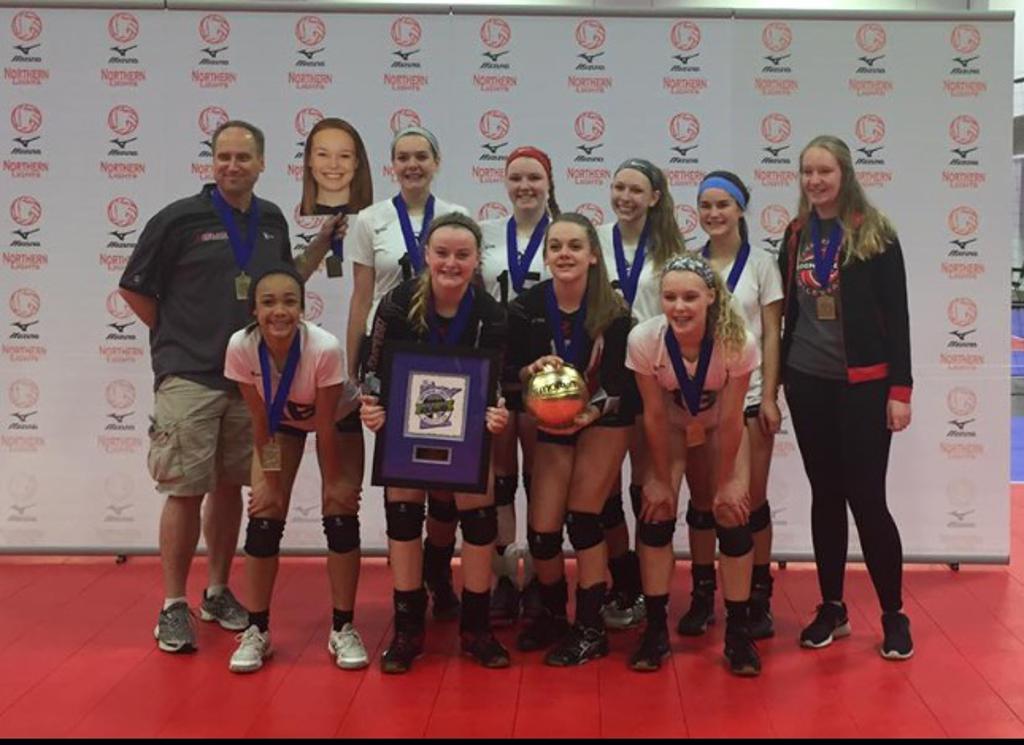